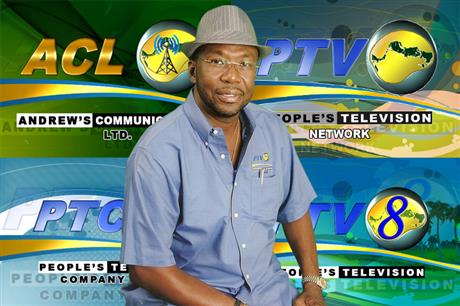 Mr. Stubbs has been involved in the industry in some way since the beginning of Television Services on Providenciales.

Stubbs’ background in television came about as a result of him working alongside Bob Cooper – owner and manager of West Indies Video, John Ramsey of Ramsey Electronics, and Tom Humphries, ex-M/A Com TVRO head. He developed a passion for all things television and worked his way from labourer up to Managing Director.

By 1983, it was time to upgrade from the over the air service to hard wire and the two men team of Peter Stubbs and Valentine Pratt constructed the system across Providenciales, from Grace Bay to The Bight then to every other settlement. Later both men were given their big tests – the first project was to design and build a 20-channel CATV system at the Treasure Beach Resort on Provo and the second was a 16-channel CATV system at the Cedar Homes on Grand Turk.

After successfully completing these tests, Stubbs was promoted to Managing Director. The company was sold to a Tampa group in 1994. By the late 90's the old 450Mhz analog system was rapidly deteriorating and Stubbs recommended that the Providenciales System be rebuilt to 750Mhz with design spacing to easily upgrade to a fiber rich 850Mhz, as well as a new headquarters complex incorporating space for offices and future build out.

This took a great deal of persuasion before the new owners finally realized that something had to be done. While plans for the project on Provo were in the works, Peter undertook the design and the building of the first 550Mhz Fiber System on Grand Turk. He completed the system under budget and weeks ahead of schedule. To ensure quality craftsmanship, Peter ensured that the best firms in the industry were contracted to carry out the construction. Mr. Stubbs managed these operations up to August 2007.

Early in the millennia, as Managing Director of these systems, Mr. Stubbs headed the new vision and redevelopment of WIV Cable TV. As a part of this vision - and without the full blessing of the new owners, Peter rebuilt Channel 4 into a successful local News, Education, and Entertainment Channel once again.

It was Mr. Stubbs brainchild that the future of television provider in the Turks and Caicos Islands also transition into offering telecom services; this led to the formation of Andrew's Communications Ltd. in the early 1990’s and the submission of an application in 1992, this application was resubmitted in 1994.

Approval of that application resulted in, Mr. Stubbs and his company Andrew’s Communications Ltd. partnering with Caicos Television Holdings and Turks and Caicos Broadcasting and building the first fiber network throughout Providenciales and the successful negotiation and launch of the first Internet Service Provider outside of Cable & Wireless, prior to the liberalization of the telecom sector. Peter then deployed what was at the time a state of the art Head end and Channel lineup in the Caribbean. The system was talked about all over the region. Stubbs’ Andrew's Communications Ltd. worked tirelessly to see the liberalization of the telecommunications sector in the Turks and Caicos Islands. Andrew’s Communications Ltd. was granted their first Telecommunications License in 2006.

Accomplishments in the industry include the transmission of the first live local telecast in the Turks and Caicos Islands, the first “real time” television broadcast from Providenciales to Grand Turk, frequent live coverage on Providenciales, of Legislative Council meetings from Grand Turk, “real time” television broadcasts to Grand Turk and South Caicos from Providenciales, the coordination and delivery of live television coverage of the 2007 CARIFTA Games and the 2007 Miss Turks and Caicos Beauty Pageant. Live Telethons to purchase the first truck for the Domestic Fire Service and the Senior Citizen's Association for a Senior Citizen's Home.

In 2008, Stubbs embarked on a new and exciting adventure with the development of People’s Television (PTV Channel 8). PTV8 broadcasts local News 4 times a day on weekdays. Our affiliation with Tropik Network allows our newscast to be distributed to The Bahamas, South Florida, New York and New Jersey, Martinique and Guadeloupe, St. Lucia and Haiti. 2010 saw the launch of People's Television Network. This network services Providenciales, North and Middle Caicos, Pine Cay and Parrot Cay with plans to become a nationwide network by early 2011.

Have any questions?
[email protected]